A show by Hannah Ludnow and Nigel Sharman.

Two prominent London artists will be showcasing their work at Marine House at Beer this summer from Saturday 22nd June – Friday 5th July 2019. The joint show by Hannah Ludnow and Nigel Sharman will present new artworks by these highly respected semi-abstract painters, whose work is simultaneously inspired by colour and composition, as well as the vibrant coastlines of Cornwall. Though both artists work and live in London, their roots are firmly in the South West:

As Hannah Ludnow suggests “I grew up by the coast in Cornwall and spent my informative years in the South West of England. The amazing light, the huge and ever-changing skies and beautiful dramatic coastlines, became etched into memory” 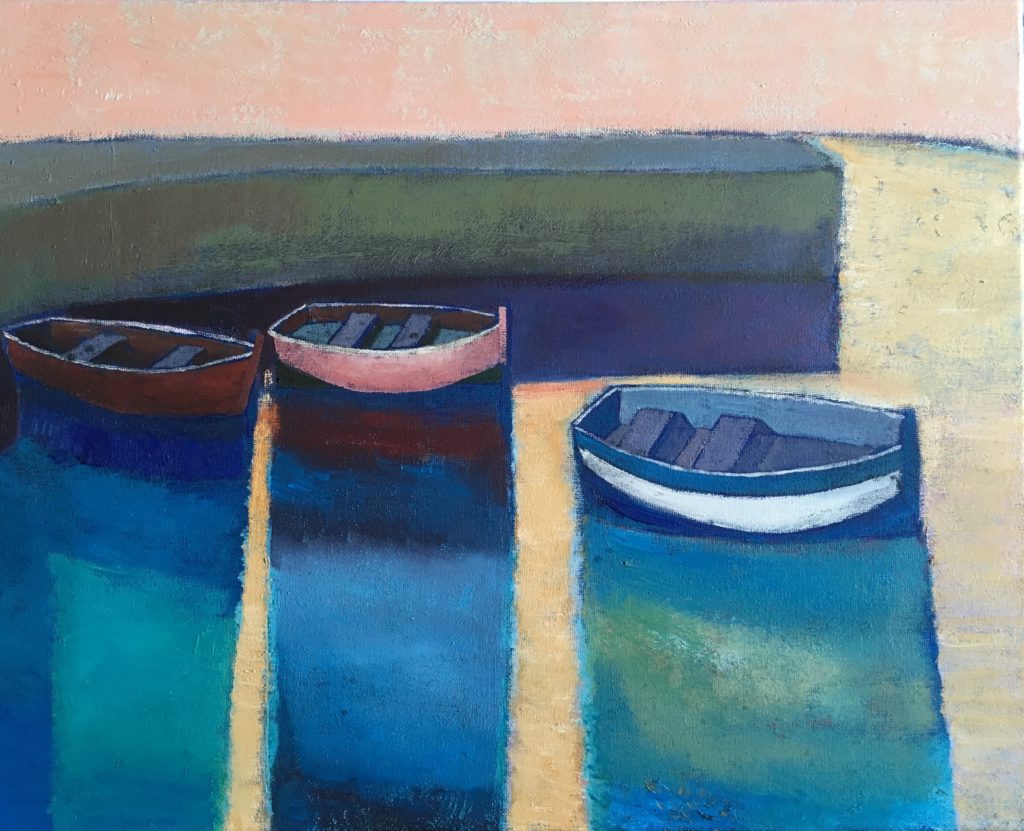 Following art and design qualifications, both found their artistic motivation via great Cornish abstract impressionists. As Nigel observes he puts his real education down to, ”being dragged round the galleries of West Penwith in Cornwall as a small boy by my father and introduced to work by Alfred Wallis and Ben Nicholson.”

Similarly, Hannah also attributes Ben Nicholson, and Peter Lanyon and Patrick Heron, for inspiring her to capture the unique sense of light and atmosphere of the Cornish coastline, portraying it in semi abstract form. They are strongly atmospheric and draw you in, allowing you to imagine yourself there, perhaps standing on a cliff, on a beach or behind the dunes, exposed to the unpredictability of nature.

“As I paint entirely from memory never from photos or en plein air, I start with remembering a moment, and how that moment felt. I then strive to capture the light and the feelings a place can evoke in the viewer, often a special and private moment, where the vastness and beauty of the landscape around you brings a sense of perspective, clarity and calm.”

Nigel too paints from memory: “By painting mostly from memory, I feel freed up to explore the relationships between shapes, colours and texture. In this sense, the subject becomes less important than the deep sense of calm I am trying to create.” 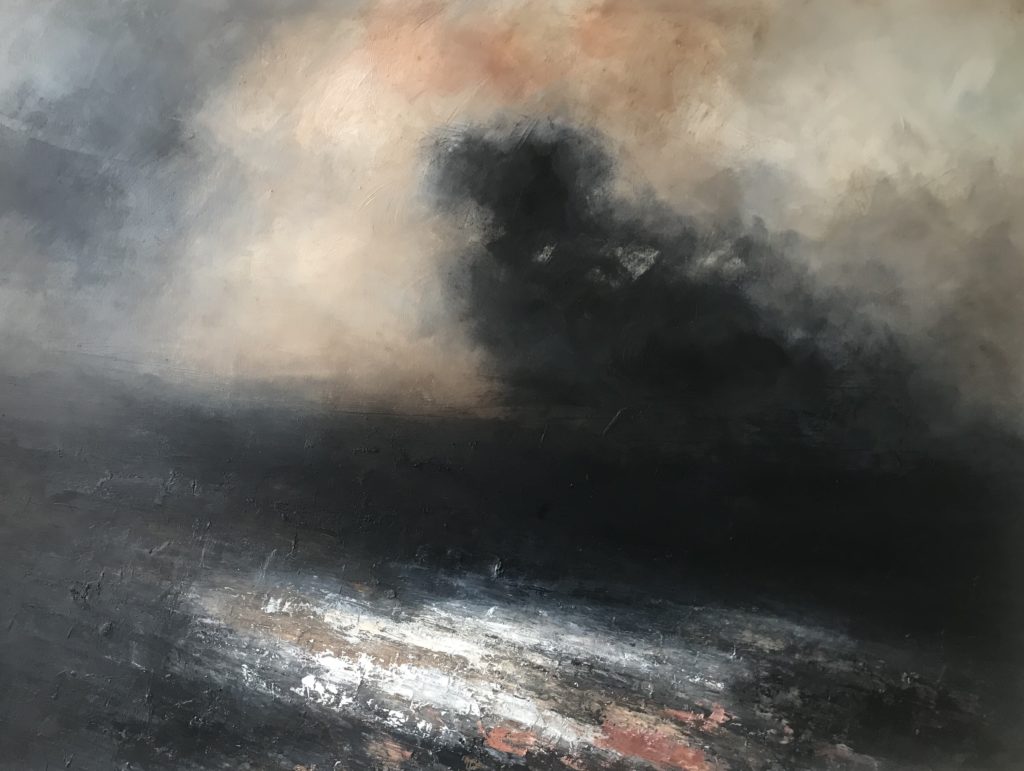 For Nigel, it is all about the excitement of seeing a painting come to life through applying layers of texture and quickly applied paint. His focus is on creating abstraction through removing some of the traditional conventions of representation from his varied subject matter such as a landscape, a harbour, boats, a still life, or a nude. As Nigel suggests:

“I have always loved Cornish primitive art for its simplicity and am equally drawn to Japanese prints, Rothko’s mesmerising and subtle layering of colour and Morandi’s deceptively simple and sophisticated compositions.”

In contrast, Hannah has recently been inspired by the work of Turner with his amazing sense of expressive and turbulent light, and so her new works will explore a more atmospheric balance of nature and light. “I’m inspired by the patterns nature creates – the force of the elements against the landscape, and the art it creates by itself with erosion and decomposition against rock, sands, and man-made objects”

ABOUT MARINE HOUSE AT BEER
On the beautiful World Heritage Coast in East Devon, Marine House at Beer started over 20 years ago when owners Mike and Rosemary Lambert both wanted to escape the hustle and bustle of PR in London. Originally art collectors themselves, Rosemary and Mike were inspired to follow their passion and keen sense for spotting artistic talent, and they have gone on to establish the best known and longstanding contemporary art galleries outside of London.