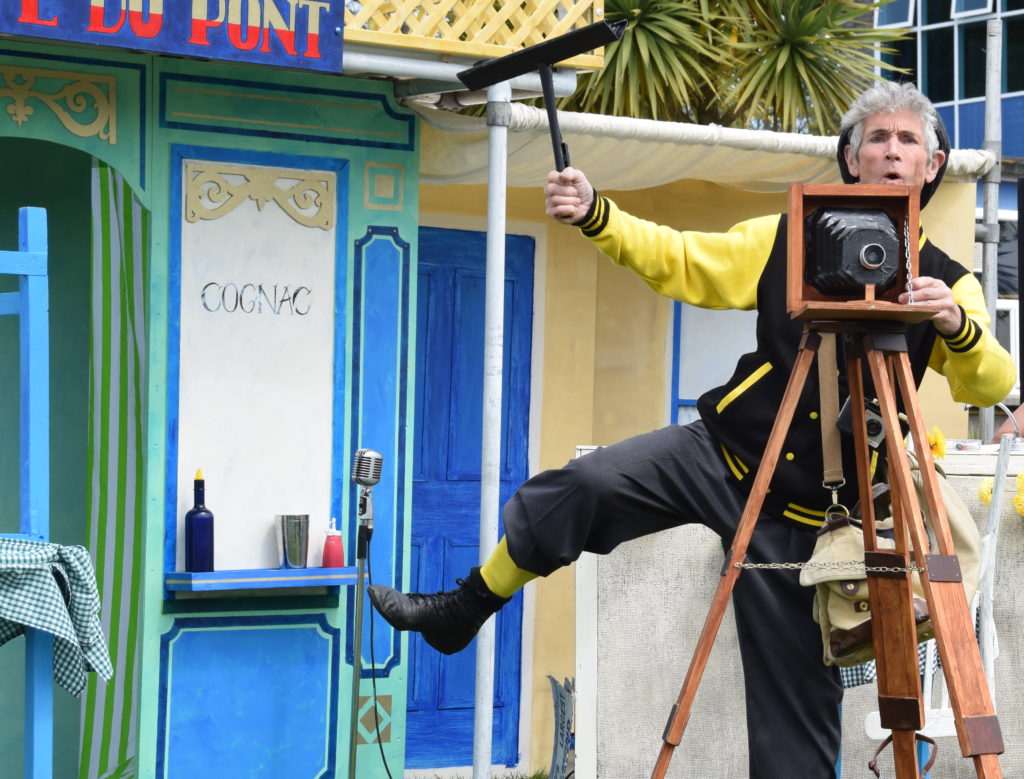 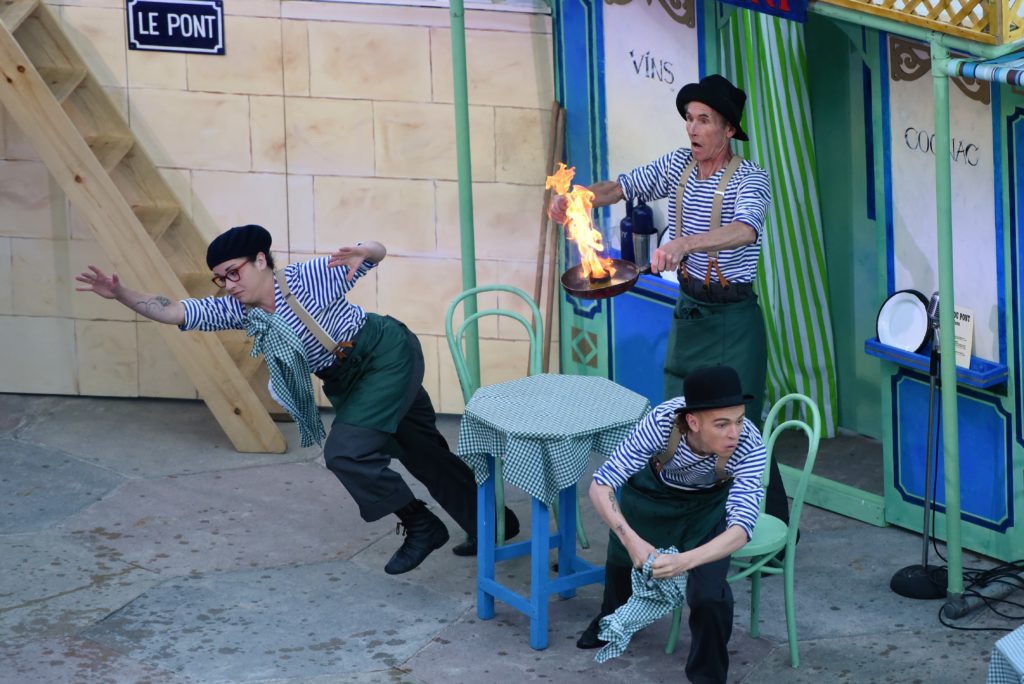 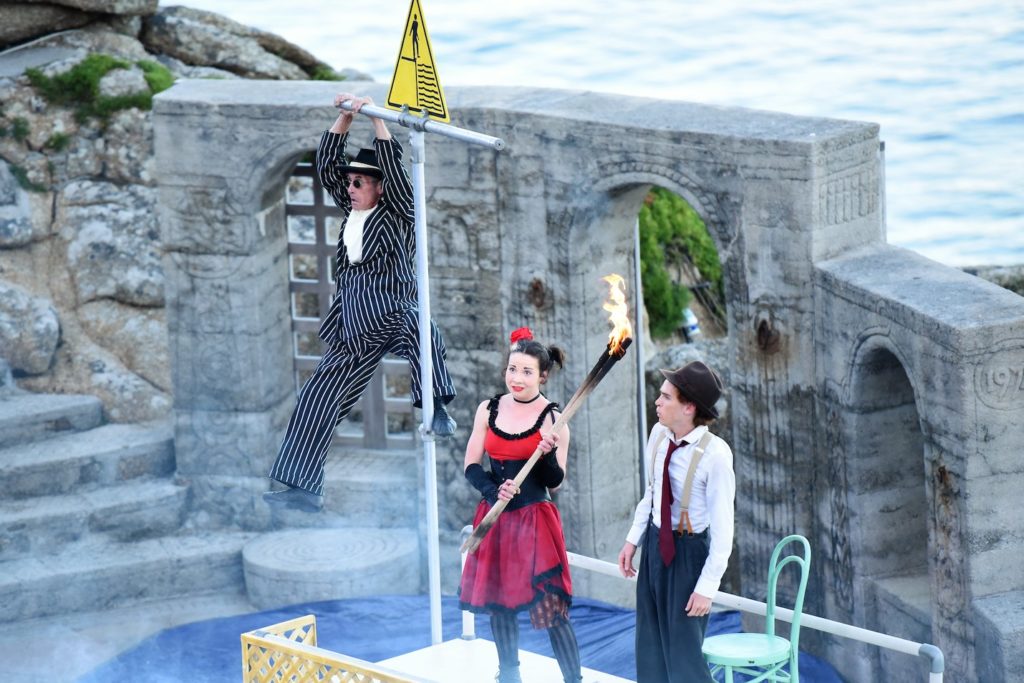 Unfortunately, this performance has been cancelled due to a positive Covid test result within the theatre company. We hope to reschedule in September.
From ‘sometime in the future’, a jaded detective looks back on his early career as a young crime-fighter in the ‘Roaring 20s’ – the days of fake news, a world pandemic and global warming.
Set around a seedy French cafe, this is a playful homage to the film-noir genre. There’s a voice-over narration and live musical accompaniment, including guitar, piano and accordion.
There is topical intrigue, mistaken identities and silent comedy as the storyline follows the fortunes of an inept cameraman who inadvertently becomes involved in an international robbery.
With influences as diverse as Tintin, Roger Rabbit, Humphrey Bogart and Buster Keaton, The Cameraman offers a comic view on the digital age with more than a touch of nostalgia for our analogue past.
Estimated running time: 1hr 15 mins, no interval
Everyone welcome, but as a guide we recommend the show for age 11+
The performance will take place in the Maker with Rame Community Hall garden.
Book Now