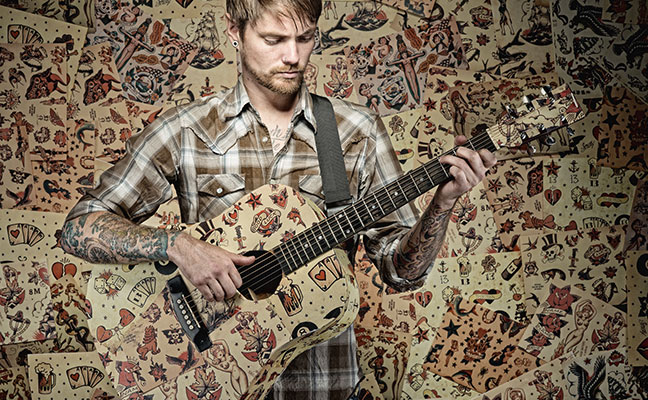 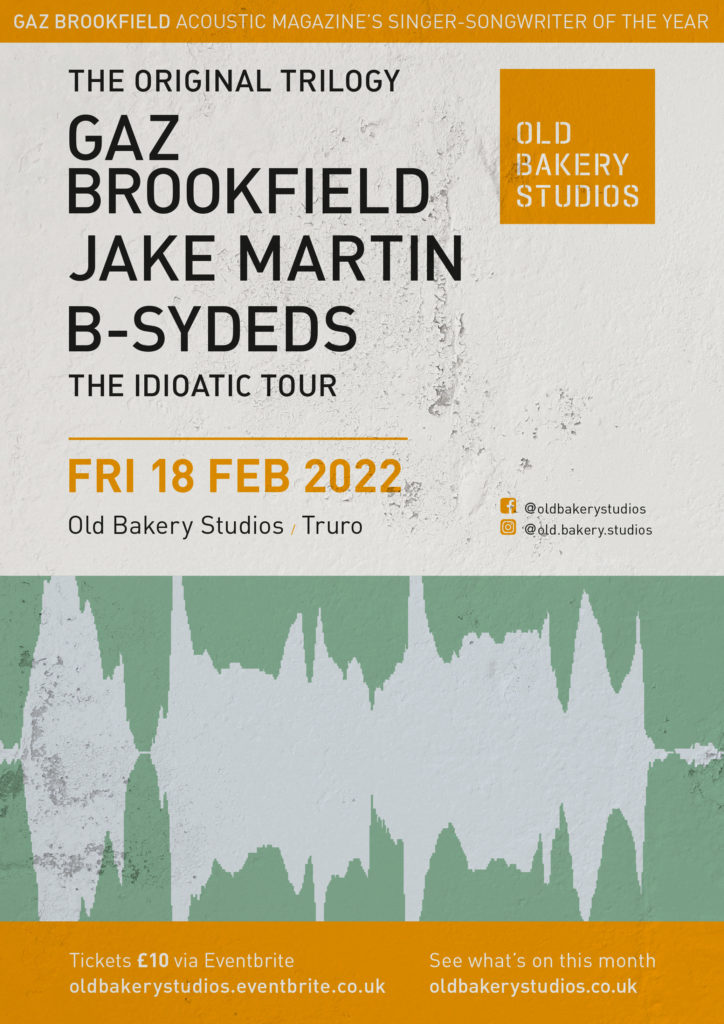 Since winning Acoustic magazine’s 2010 Singer Songwriter of the year, Gaz Brookfield has spent his time on the road, touring the UK and Europe. In this time he has shared the stage with the likes of The Levellers, New Model Army, Seth Lakeman, Frank Turner, The Wonder Stuff, Newton Faulkner and many more.
Gaz remains the only unsigned solo artist to sell out The Fleece, Bristol. A feat he has now achieved five times, the last three selling out over six months in advance.

Often playing as many as 200 gigs a year, Gaz’s relentless tour schedule takes him to every corner of the country and beyond. Upon the release of his latest studio album “I Know My Place”, the subsequent tour sold out at nearly every venue, across the country.

A festival favourite, Gaz has played at over a hundred UK music festivals in the last few years, including Glastonbury, Beautiful Days, Bearded Theory, Boomtown and many more. All of this has proudly been achieved without the aid of a manager, an agent, a record company or any press.
His latest studio album I Know My Place is out now, available on CD, limited edition 12″ Vinyl and digitally from Bandcamp. All of Gaz’s previous albums are available digitally on Bandcamp, iTunes, Amazon and many other digital outlets.

Support from B-Sydes and Jake Martin.

Cloudbusting – The Music of Kate Bush