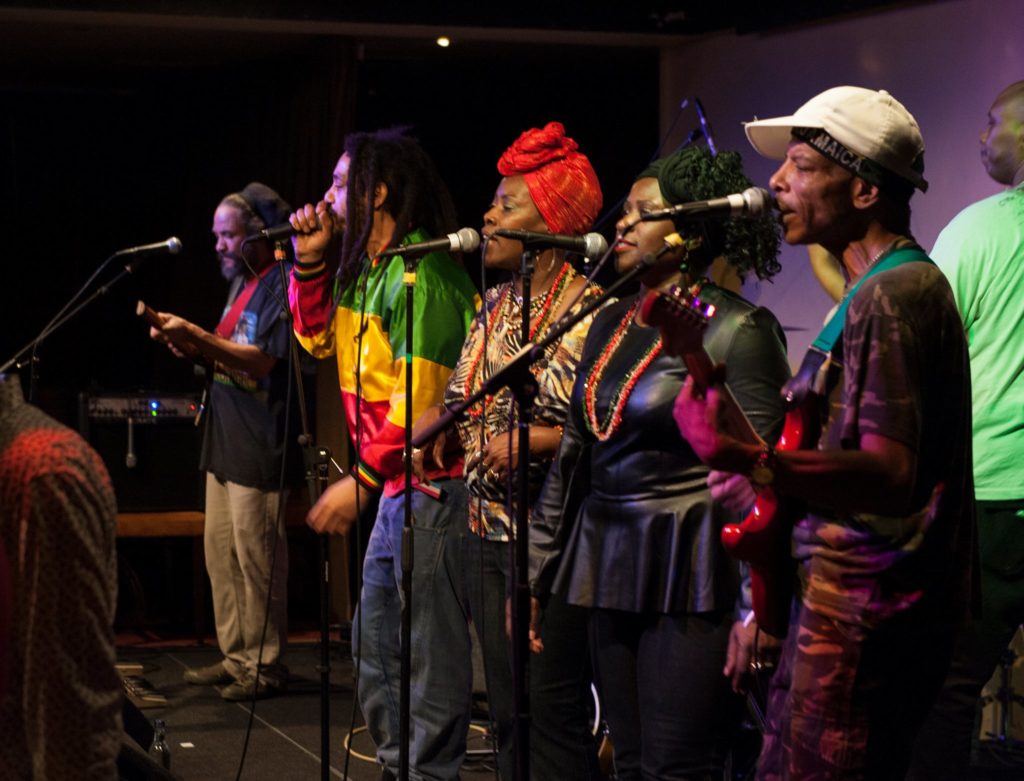 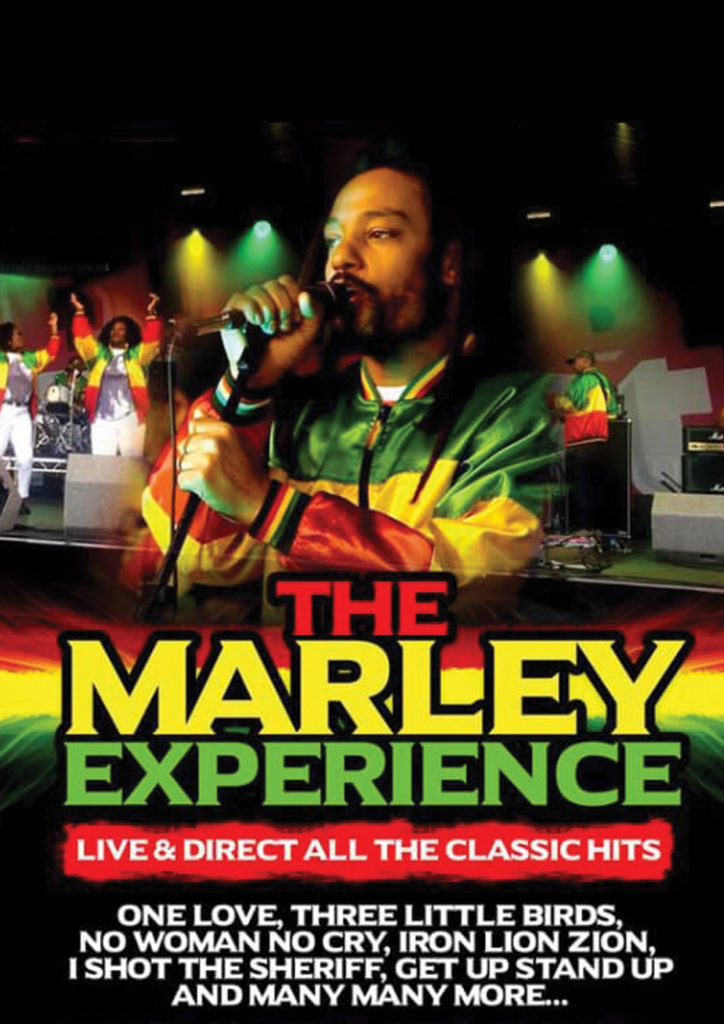 Performing the hits, classics & singalongs from the extensive Bob Marley & the Wailers catalogue like Punky Reggae Party, One Love, Jamming, No woman No Cry, I Shot the Sheriff, Kinky Reggae & many many more.

Lionart (Lead Vocals ) has performed on stage alongside famous Reggae stars such as Stephen Marley, Dawn Penn, Errol Dunkley, David (Ram Dance) Rodigan & has been the lead vocalist in bands such as the Friendly fire band & the Roots Ambassadors as well as playing the trumpet for Reggae band Natural Mystic. Lionart has enjoyed performing at UK festivals the most notable being Glastonbury, Boomtown Fair, One love Festival, Reggae Garden Festival & many more. He has also performed overseas in Italy, Turkey, Spain & the Netherlands & aims to bring the international message of peace & love Worldwide.

Lionart has a natural flair for all things Bob Marley & as well as being a close look-alike & authentic sound alike, Lionart brings the passion of the legendary Bob Marley to his performances.

There are 3 main seating areas across 3 floors. The circle at the back is accessed by stairs. The boxes in the middle section are accessed by a few steps. The stalls on the ground floor is accessible by wheelchair users.

The New Rock for Heroes

The Circus of Horrors