On Saturday 7th September the What’s On team celebrated the opening of Kresen Kernow, Cornwall’s new archive centre in the heart of Redruth.

Years in the making, this community endeavour has finally been completed and now opens its doors to the public, inviting them to discover this wondrous treasure trove of Cornwall’s history.

We all gathered outside at 10am in amongst the series of statues, eagerly awaiting the grand opening ceremony. Mayor of Redruth Deborah Reeve and The Lord-Lieutenant of Cornwall Edward Bolitho joined Kresen Kernow Project Lead Deborah Tritton to formally open the new space. 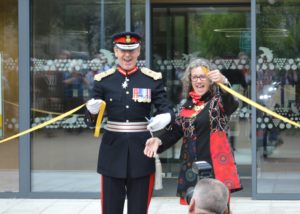 To commemorate the opening Gareth Churcher was commissioned to compose a new piece of work, Kresen Kernow: A Tribute to Cornwall, which was performed by St Keverne Band during the day. Other celebrations included performances from Raise the ‘Ruth, The Story Republic, Black Eyed Nancy, and Redruth School. 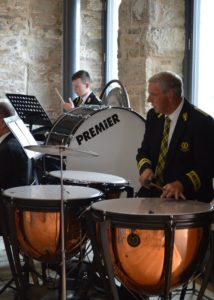 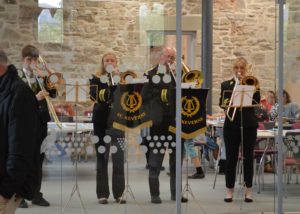 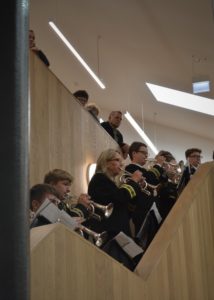 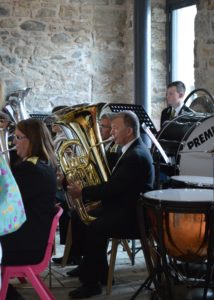 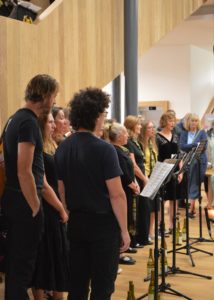 Kresen Kernow stands on part of the site of the former Redruth Brewery. The public research areas, exhibition spaces and learning rooms all sit within the former Brewhouse. Redruth Brewery stood on the site for over 200 years, from around 1792 until it closed in 2004. The brewery was in it’s heyday in the 19th century, and in 1872 it was valued at the modern equivalent of £1.3 million, and by the 1880s it also owned more than 115 pubs and hotels. After the brewery closed the site was vulnerable to a series of arson attacks. The worst took place in May 2011 and left the site dangerous and derelict until 2016 when construction began on Kresen Kernow. 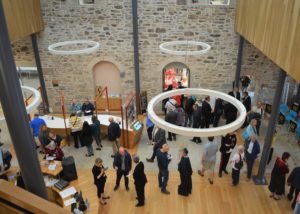 The modern renovations cleverly suit the needs of the new centre, whilst also retaining elements of its history. Original parts of the building have been used wherever possible, for example the flooring and pillars in the main exhibition space have been cleaned and carefully restored. The new storage, strong room and office spaces have been designed around the original structure of the Brewhouse.

A corridor linking the old Brewhouse with the new space represents the river that used to run through the site. Within the office space, a large curved desk encircles part of the brick chimney which towers above. These original elements sit alongside beautiful curved desks and circular lights, with huge windows pouring light into the space. It is a warm and welcoming space, with books, documents and computers inviting you to open them and discover something new. 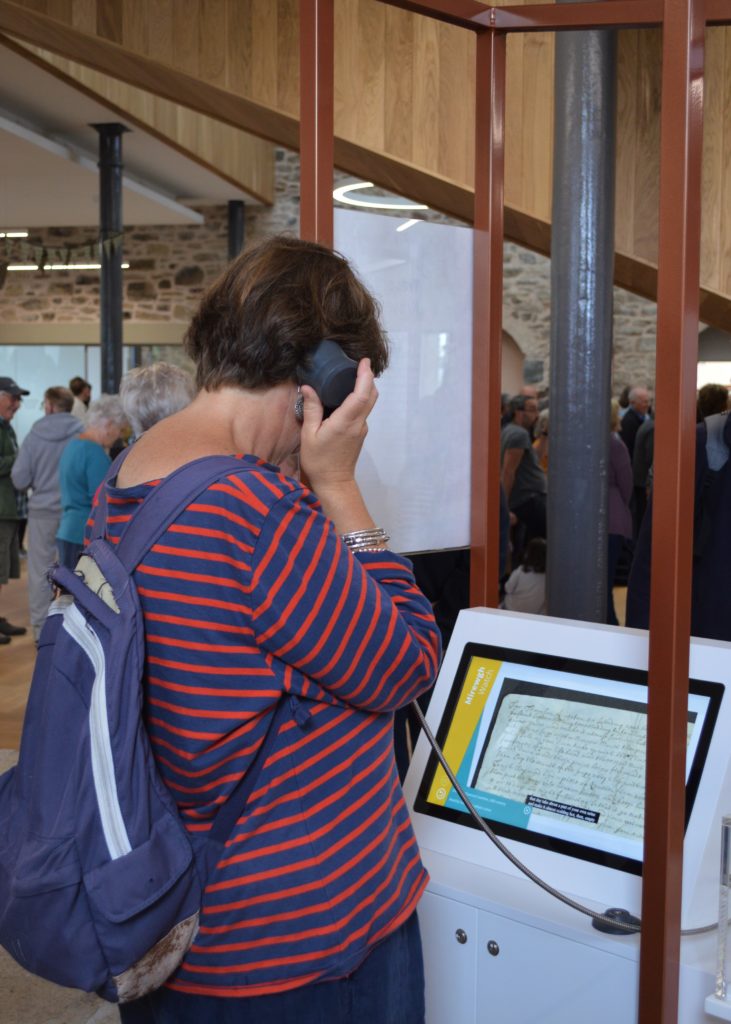 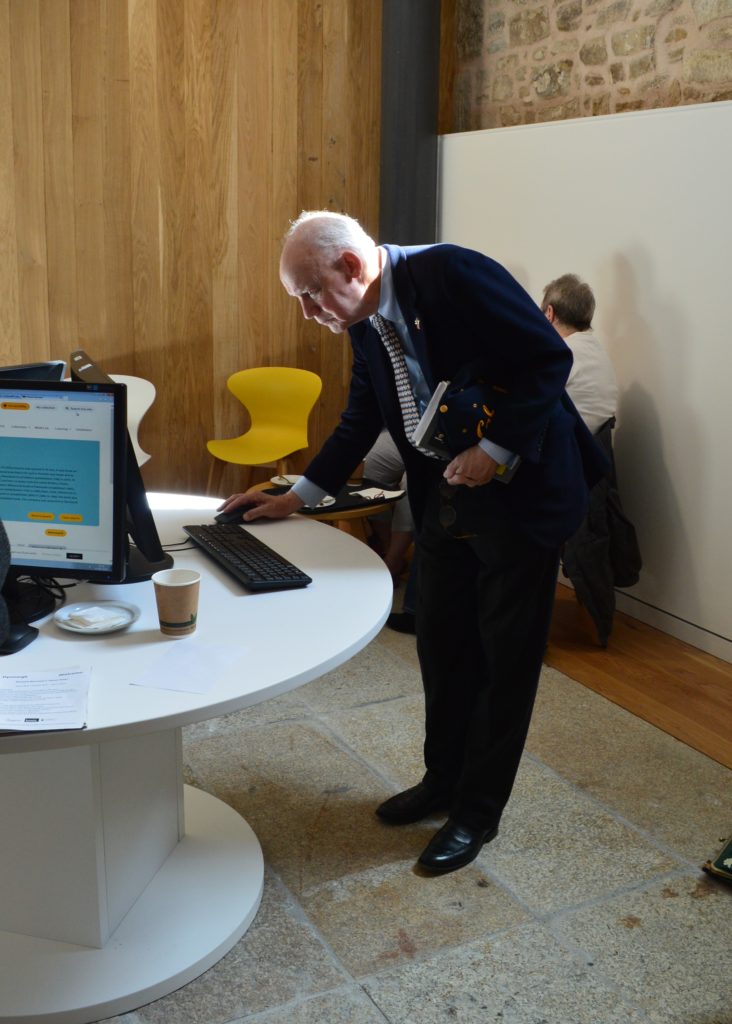 The new centre has 14 miles of shelving and state of the art conditions to keep 1.5 million records, documents and manuscripts preserved with perfect conditions. There is also a new preservation space where books, maps and documents are cleaned before they are scanned and digitalised, and then carefully put into the archive. At Saturday’s launch day, volunteers demonstrated how they painstakingly work on the documents using special tools and equipment. 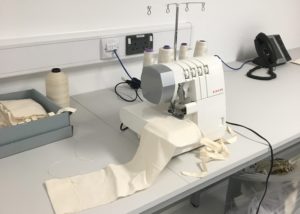 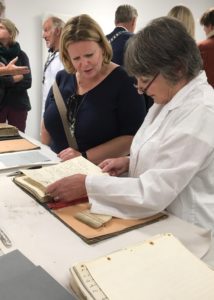 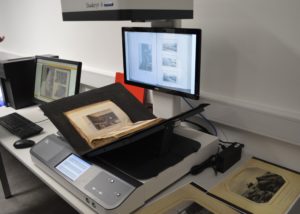 If you missed the open day then Kresen Kernow is open for visitors from 9.30am-4.30pm Tuesday to Saturday.

Kresen Kernow will be welcoming visitors of all ages on 5th October for their first Fun Palace.

The Treasures of Kresen Kernow exhibition runs until the 28th September, with John Couch Adams: A Cornish Spaceman opening on 5th October. 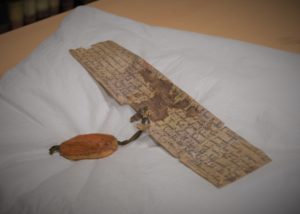 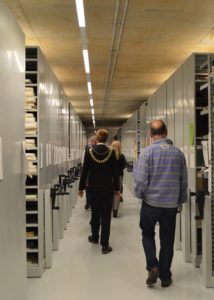 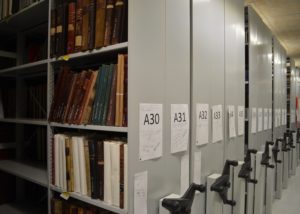 Kresen Kernow (‘Cornwall Centre’) is home to the world’s largest collection of documents, books, maps and photographs related to Cornwall’s history. Everyone is welcome to visit and explore these amazing collections in our new home on the site of the old Redruth Brewery.