From fun palaces and festivals to fashion fundraisers and flying circus, here are 14 events to watch out for this month.

With a definite chill in the air, Cornwall prepares to settle into the autumn season, but don’t let the looming dark evenings and weather keep you indoors. Take part in Cornwall’s biggest running event or explore the Scilly Isles on foot, meet your favourite literary idols or laugh out loud at a Monty Python comedy classic. There are always cultural and creative happenings 365 days a year in Cornwall – here are our hand-picked October highlights.

Keep an eye out for our special Trick or Treat Top Picks in half term week coming soon!

Get ready for a night of inspirational adventure as the Ocean Film Festival World Tour lands at the Regal Theatre, Redruth, on Thursday 4th and Friday 5th of October.

This is a brand-new collection of films starring seafaring adventurers as they surf the world’s biggest waves, row treacherous oceans and venture to spectacular and barely explored depths of the planet! With incredible cinematography and fascinating characters who have dedicated their lives to the sea, be wowed by the magic and mysteries of the ocean… on the big screen!

Come and meet a host of literary stars including: Anne Enright, Jill Murphy, Patrick Gale, Philip Hoare, Joanna Trollope, Nina Stibbe and Natalie Haynes. Feed your brain AND your heart! This long weekend of workshops, talks, performances and exhibitions offers wordy treats for every taste and age,  as well as musical and visual delights. To round off your festival day, after-dark performances include Liberated Words – an evening of haunting  poetry films; outrageously witty cabaret from Kit and McConnell and toe-tapping folk rock from The India Electric Company.

Take a tip from the festival’s growing fan base and make North Cornwall Book Festival the focus of an autumn holiday!

Drake’s Drummers are an award-winning theatre company from Plymouth. Formed in 2014, they have toured the UK and had success on the regional, national and international stage. Originally produced for Shakespeare’s Birthplace Trust, this is the second in a trilogy of Bardland shows, taking inspiration from comic book superheroes. Join the team as they take you to a world where all of Shakespeare’s creations live, laugh and love together – full of tragedy, history and lashings of comedy!

Grab your coconuts and go on a quest for the Holy Grail.. (or Foley Grail, if you will!) Upon your arrival you will be handed a goody bag of foley-delights. Follow your cue-master to add live sound effects – en masse – and make one of the most laugh-out-loud films of all time even funnier!

Shipwrecks, smugglers and salvaged bottles of whisky. A community battle, the might of the sea and the draconian powers that stand between them and their booze! Come and experience this well-loved treasure of the Ealing Comedy canon, perched in similar cliffs above an equivalent ocean. The steeple crags of Minack’s amphitheatre will come alive with projection for this special screening, a spectacle you don’t want to miss!

Fun Palaces is an ongoing campaign for cultural democracy, with an annual weekend of action every October. The campaign promotes culture at the heart of community and community at the heart of culture. The weekend of action uses the combination of arts, craft, science, tech, digital, heritage and sports activities, led by local people for local people, sharing their own passions and skills, as a catalyst for community-led transformation, with active participation for all ages.

There are fun palaces taking place across Cornwall during the weekend of the 6th – 7th October. Come along and take part in free creative workshops and activities for all ages, led by local community artists and groups. Find your nearest fun palace below.

Directed by young Cornish graduates, Cornish Tommies tells the story of an 18 year old Cornish miner from St Agnes called up in 1917. He served in the trenches in the last year of the war where he was severely injured. Evacuated to Blighty, he was awarded the DCM (Distinguished Conduct Medal) and settled back in his village where he was a noted singer in the village choir.

The annual festivities celebrate the start of the oyster dredging season, the native Fal Oyster and the diversity of Cornish seafood, with four days of feasting, cooking demos, live music, food and craft stalls. The festival brings together a blend of esteemed local chefs, hardworking oyster fishermen, food and drink enthusiasts and an eclectic mix of musicians. Cookery demonstrations by top chefs and food experts from Cornwall’s hotels and restaurants, inspire visitors to try their hand at unusual and exciting seafood combinations and indulge in the tastes of native oysters and local produce. Experts are on-hand to divulge their tips on choosing, preparing and cooking the great variety of fresh sustainable seafood readily available in Cornwall.

What better way to capture the true essence of Scilly than indulging in a long weekend of walking the islands with knowledgeable guides showing the way. The wildlife is simply spectacular with glorious resident and migrating birds to admire, with seal pups to spot, and Scilly’s bats to seek out. The hedgerows and rock pools are fantastic for foraging walks. Explore Samson and Tean, farm walks, a walk around The Garrison, a Tresco stroll, St. Agnes Top to Toe, and the COSMOS Dark Skies walk on St. Martin’s.

New for this year are some multi-media walks including “sonic” walks with sound artist Laura Denning to explore the sonic ecologies of the Isles of Scilly using a range of listening strategies, and immersive flower walks with leading botanical artist Bee Watson which will also involve sketching some Scilly’s beautiful native flora and a paper flower-making workshop.

The 11th of October will see the much anticipated return of the ‘Wheal Martyn Collection’. The fashion show and sale of quality pre-loved ladies clothing and accessories is taking place to raise funds towards the work of Wheal Martyn Trust, which preserves and importantly makes accessible the heritage of Cornwall’s china clay industry, including providing educational opportunities within the community.  .

Staff at Wheal Martyn are also encouraging people to donate their unwanted good quality clothes and accessories for the ‘Wheal Martyn Collection.’ All donations will be gratefully received and can be dropped in to Wheal Martyn.

Bedruthan’s Mid-Century and Vintage Fair is back! With 50 stalls of fashion, homewares, furniture and lighting, antiques, collectables and vintage-inspired crafts and design – there is something for everyone!

Wadebridge Creative Hub’s annual festival, BikeLights features artists from across Cornwall and beyond creating unique commissioned illuminated and musical designs for the parade alongside the wonderful bike creations being produced by schools, families and local groups. There will also besome extra surprises along the route itself. A closing lap of honour, a special circus display, and a fire sculpture created by Kernow Fireworks bring the proceedings to a close in LIDL’s rear car park; local cafes and eateries will also be open late afterwards to feed and refresh spectators.

A firm fixture in the running calendar, the Eden Project Marathon and Half Marathon offers hilly multi-terrain courses around the famous site, following a challenging route through areas of spectacular mining heritage and beautiful countryside landscapes. Participants will receive a t-shirt, pasty, beer, themed medal and free post-race massage, along with free entry to Eden for themselves and their families.

Journey back to the Victorian era with Bodmin and Wenford Railway and friends at Cornwall’s Regimental Museum. Celebrate Victorian heritage, and come in costume or dress up on the day. The railway have teamed up with Cornwall’s Regimental Museum to include a range of themed activities across both locations giving families and individuals the chance to get hands on with Victorian history.

Why not combine your visit over the Victorian weekend with a night out? As part of the weekend’s events, the railway plays host to an alternative after-party with a Steam Punk Railway Takeover. Featuring live music from Mr B the Gentleman Rhymer, The Wattingers and The Invisible Men, there will also be entertainment from members of The Slinky Minsky’s caburlesque act.

Devised in collaboration with a steering group of archaeologists, geologists, historians, cavers and former miners, ‘Beneath Our Feet’ is a promenade performance using dance and live music to tell the story of the underground. Your guide, musician Lou Vilstrup, will draw you into an unknown world, where the memories and secrets of Carnglaze Caverns will dance before you.

This performance will take place as part of the Museums at Night Festival in October. Museums at Night is the UK-wide festival of Lates in museums and galleries, produced by Culture24, the Brighton-based arts charity dedicated to shining a light on Britain’s sparkling culture and heritage. 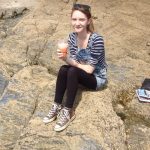 Holly joined the Cornwall 365 team in May 2018 as a Communications and Events Co-ordinator, after completing her management degree at Falmouth University.