The live action theatre show adapted from Antonia Barber’s beloved children’s book is back in Mousehole for a fourth year running. Join Cousin Jack’s theatre company as they create another magical experience for families this Christmas.

Taking over the Solomon Browne Hall in Mousehole the company bring to life the story of Mowser and her owner Tom. It’s a cold and wet winter and the Storm Cat has Mousehole in its grips. None of the fishing boats can leave the safety of the harbour and soon the villagers will starve with no food at all, let alone a Christmas dinner. But Tom and Mowser decide enough is enough and bravely set out in their boat. Slowly they make their way out of the little harbour into the churning waves beyond to try and tame the raging Storm Cat… 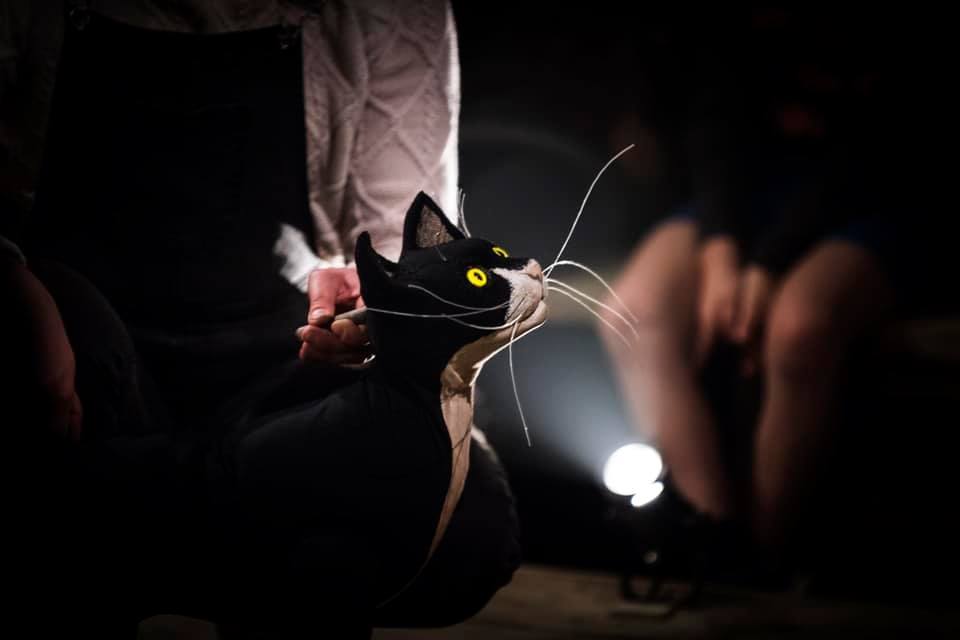 Under Director Guy Watson’s vision the company evoke the bustle of a busy fishing village, contrasted with the quiet warmth of Tom’s kitchen where Mowser likes to sleep by the fire. The four company members combine music, movement, dance, puppetry and storytelling to bring the story to life. The show appeals to families of all ages, and there are certain moments that will enchant younger members of the audience. As Mowser makes her first entrance the audience is encouraged to stroke her head drawing you into the performance. The show culminates with a lantern parade, and again we are invited to take part by joining the parade and holding a special lantern. 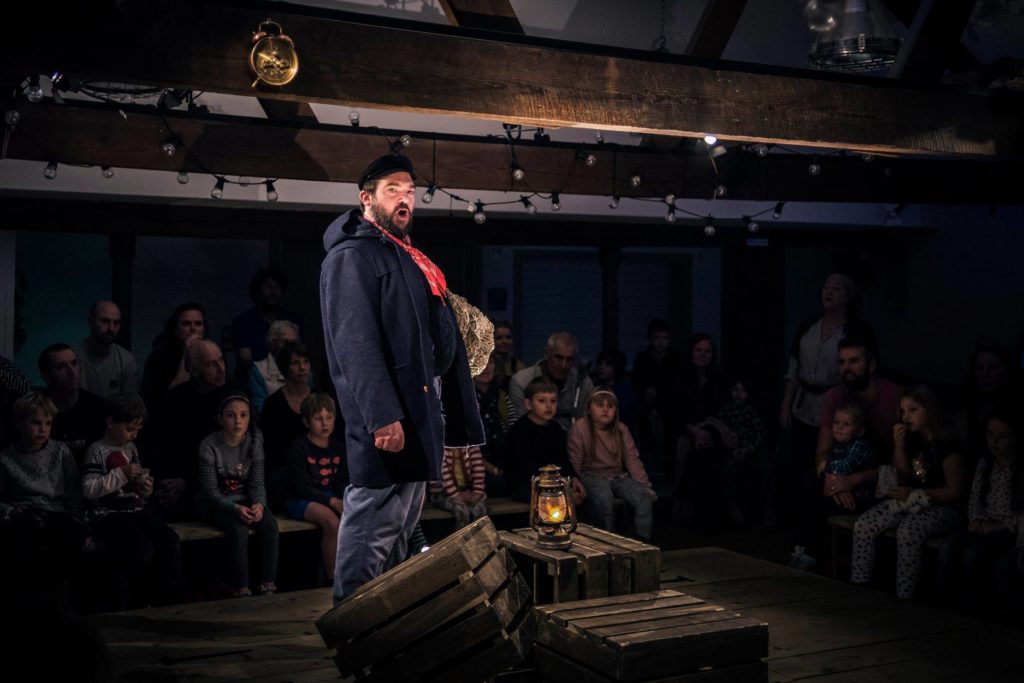 You can end your festive evening with a walk around Mousehole to see the famous Christmas lights. See if you can spot the light displays that tell the story of Mowser and Tom!

The show has recently been on a tour to America where they played to packed houses in Mineral Point, Wisconsin and Duluth, Minnesota. Some shows have already sold out so be sure to book your tickets soon to avoid disappointment. 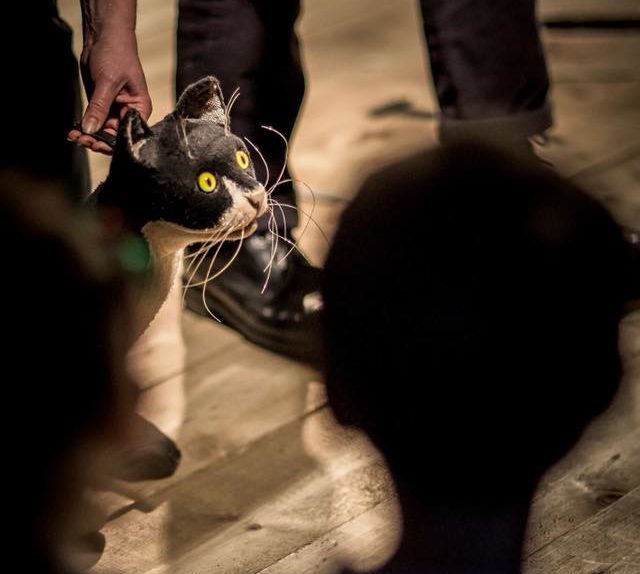 On the 22nd December there will be a BSL signed version of the show, with captions also provided in both English and Cornish. All of the performances are “relaxed as standard” to create a welcoming atmosphere where younger theatre goers can respond to the piece and parents don’t have to worry about little ones asking questions about the show or dancing along to the music.

The Mousehole Cat runs from the 14th – 31st December, but be quick as some performances have already sold out.
To find out more about this magical family experience visit www.cousinjacks.org

Cousin Jacks is a theatre company based in Cornwall. Under Artistic Director Guy Watson they create work to inspire children and their families. Their new show Percy Pengelly and the Wibble Wobble will run 28th March – 13th April 2020 at Tremenheere Sculpture Gardens.