Walk of the Month: Porthcurno to Penberth Cove

A circular walk with spectacular coastal scenery from Porthcurno to Penberth Cove, passing the famous wobbling boulder of Logan Rock and returning via the escape route from the wartime tunnels which housed one of the world's largest telegraph stations. 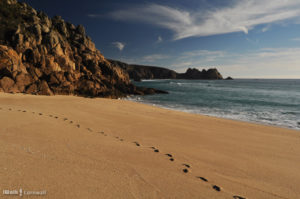 The high summer sun brings out the turquoise colours in the water. The shallow sand bars of Pedn Vounder are particularly photogenic. 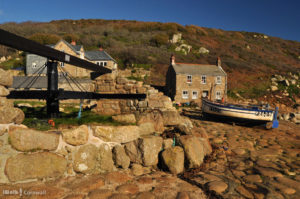 Gradients: On the coastal section, there’s one main climb up to the cliffs from Porthcurno and one moderate descent to Penberth cove. On the return route, there’s a fairly short climb through the woods to reach the fields.

Dogs: Dog ban: all year on slipway and fish-landing area at Penberth Cove. Most of the stiles should be fine for large dogs. Two are stone steps with a bar at the top and some dogs may need help over the bar. 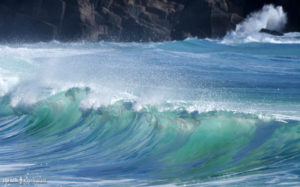 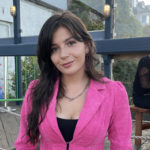