This week we caught up with singer/songwriter Sarah McQuaid to find out about her experience as a musician in Cornwall.

Sarah is a well-loved favourite on the live music scene in Cornwall and plays multiple instruments including electric and acoustic guitars, drums and piano. She has released 5 solo albums and received a lifetime achievement award from Ards International Guitar Festival. Completely self-managed, Sarah organises her own tours and marketing alongside the creative aspects of her work. We wanted to find out about her experience as a musician in Cornwall. Read on to find out more.

I was born in Spain, which is where my father was from; grew up in Chicago, which is where my mother was from; lived for a long time in Ireland, which is where my husband is from; and now live with the aforementioned husband and our two children in far west Cornwall, just outside the village of St Buryan. My mother taught me to play guitar and piano when I was quite small, and I also sang and toured throughout the USA with the Chicago Children’s Choir. I’ve been singing and playing and writing songs ever since, and I’ve made five solo albums, plus a duo album under the band name Mama with former pop star Zoë of “Sunshine On A Rainy Day” fame, whom I met when I moved to Cornwall.

People often point out to me that Cornwall – especially this part of it – can’t be a very convenient base for a touring musician, and that’s absolutely true, but I wouldn’t want to live anywhere else. I love the out-of-the-way-ness of Cornwall, I love it that so many artists, musicians, writers, potters and other creative types choose to make it their home, and I love the welcome I’ve been given here, even as a blow-in among families that have worked this beautiful land for generations. Cornwall also played a major part in my musical direction, in that I didn’t really take myself seriously as a songwriter until I moved here, met Zoë and started co-writing songs with her. And it’s been a fantastic place for my kids to grow up in. 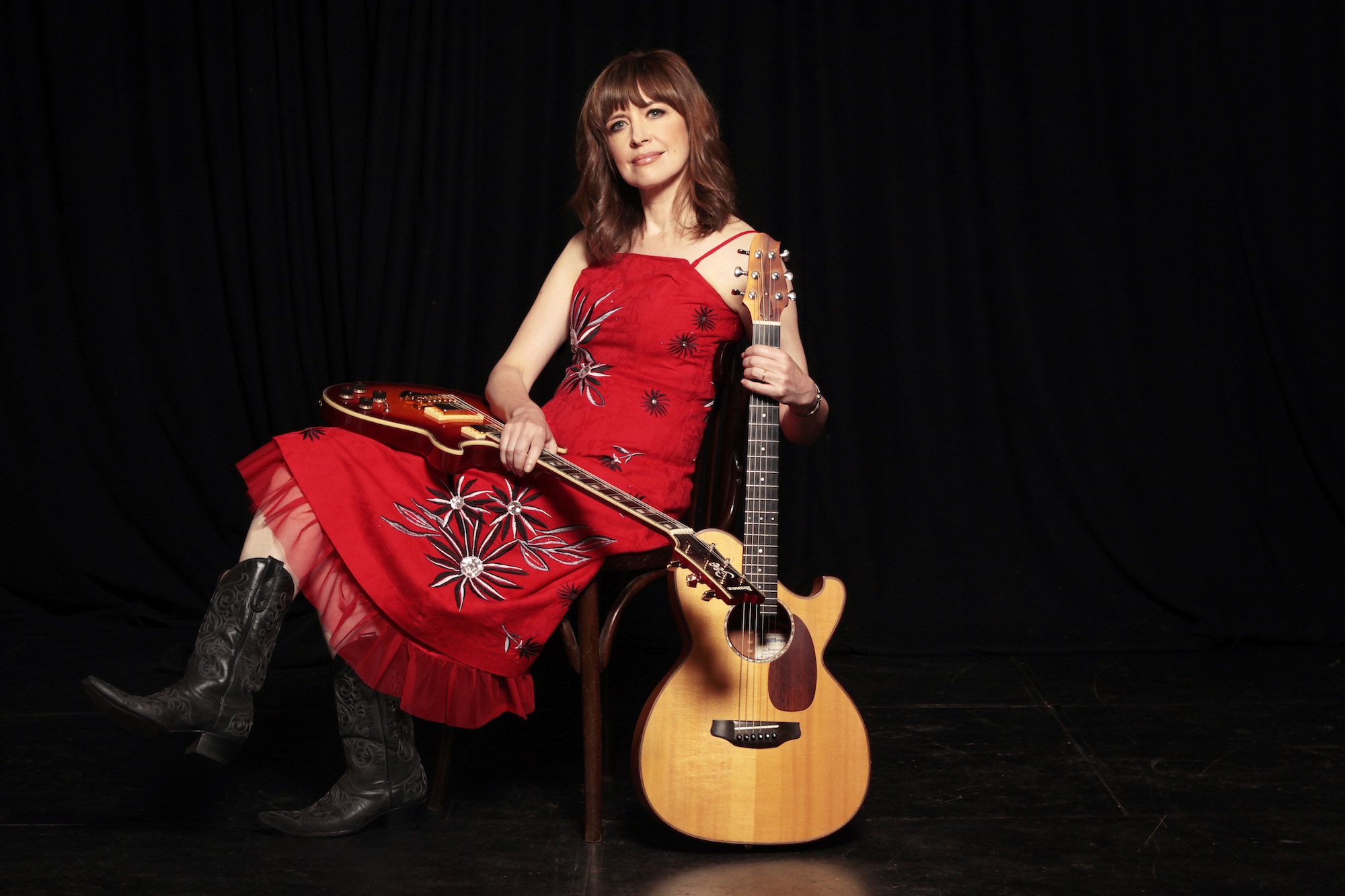 We’re very lucky here in Cornwall to have the Minack Theatre, which is definitely a one-of-a-kind venue! I’ve been to loads of plays there, and a few concerts as well, and also had the privilege of performing there, not as a solo musician but rather as a member of one of the choirs I sing with. That’s another wonderful thing about Cornwall — there’s huge support here for choral music of all kinds, and so many people I know are in at least one if not two or three choirs. The Penlee Park Open Air Theatre is another lovely outdoor venue, and I’m looking forward to returning there next summer; one particularly nice thing about it is that the raised “stage” is actually part of the landscape. The last time I played there, everyone in the audience was either wearing waterproofs or huddled under umbrellas — I’m hoping for better weather this time round!

Misery and desperation! I was really unhappy working as a journalist, but for years I kept at it because I didn’t think I had a viable alternative. It was only when my husband said to me “Why don’t you go back to playing music?” that it actually occurred to me that playing music for a living could be a possibility. I wish I’d had the confidence to take that step a lot earlier in my life, but who knows, maybe I wouldn’t have been ready for it then. One thing is for certain: performing makes me happy, and it’s a great feeling when an audience member comes up to me after a gig and tells me that my music had a powerful emotional effect on them. It makes it all feel worthwhile.

When I first started writing and performing my own songs at school assemblies back when I was in secondary school, it was as a solo musician, but I gravitated fairly quickly to playing in bands; it didn’t even occur to me to try to get gigs as a solo act. But once I made the decision in 2007 to give it a go and started doing solo gigs, I found that I really loved the level of interaction with the audience that you get when you’re playing solo — instead of the flow of energy being between you and the other musicians onstage, it’s all going back and forth between you and the people you’re playing for, and that can be a really wonderful thing.

I think it’s often easier for a male musician to get gigs as a solo artist, especially when it comes to festivals and bigger venues; if you’re female, there’s an assumption that you won’t have the energy or the musicianship to carry off a full show on a big stage on your own. Venue staff often seem surprised that I’m actually a good guitarist; when they see a female singer with a guitar, they tend to presume that you’re only going to be accompanying yourself on a basic level. It’s strange, because the same wouldn’t be true if I showed up with a violin or a cello.

It’s really, really hard. I spend way more time doing booking/admin/website updating than I do actually writing and playing music, and I’d love for that not to be the case. What I wind up having to do is schedule time for writing and rehearsing; otherwise the admin stuff would take over completely. There’s always more of it to do than I can manage, so I’m constantly behind, never quite catching up; virtually every email I write starts with the words “Please accept my apologies for taking so long to answer …” — and this one will be no exception!

Just get out there and play in front of people as much as you can — there’s no substitute for experience. I can rehearse a new song endlessly, but when I actually play it live in front of an audience, I always discover issues that I hadn’t spotted before, and quite often I find myself changing the song after I’ve been playing it in concert for a while. And always be true to yourself — don’t try to change your style to suit what you think the market wants. Just do what you love and believe in. Sing and play from the heart, and people will respond to that.