On Tuesday 20th August, the What’s On team were lucky enough to go along to a preview screening of ‘Bait’ at The Poly in Falmouth. Bait is a 2019 Cornish feature film written and directed by Mark Jenkin.

Based in a present-day Cornish fishing village, the story of Bait follows local fisherman Martin Ward (played by Edward Rowe) and his struggle to maintain his livelihood in the wake of change. Martin’s father’s fishing boat has been repurposed by his brother to offer trips to tourists, causing a rift between the two brothers. So every day Martin diligently saves up to buy a boat of his own, even while others around him are giving up on the prospect of fishing to find work elsewhere. To make ends meet, the brothers had to sell their family home to a new couple moving to the area. Sandra and Tim (Mary Woodvine and Simon Shepherd). However, this and the busy summer tourist season causes increased tensions between them and Martin, beginning with small issues of parking and noise complaints that escalate into thoughtless acts and end in eventual tragedy. 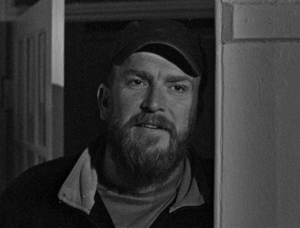 The story of these characters is set against a backdrop of wider economic and social tensions in Cornwall between locals and tourists, old and new, tradition and change. The film explores our sense of place and belonging. Scenes and incidents will be instantly recognisable to Cornish residents but will also resonate with communities far beyond. A recurring motif shows Martin (who needs to sell all the fish he can) keeping some back to give to free to his elderly neighbours highlighting the importance of maintaining a community. 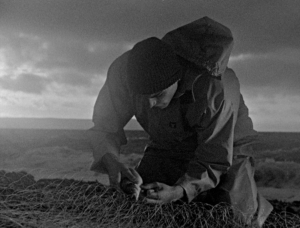 Bait was filmed on a ‘1970s 16mm wind-up Bolex camera on black and white Kodak film’ and hand-processed by Mark Jenkin. The Director’s previous short films, Bronco’s House, The Essential Cornishman, The Lady with the Long Brown Hair and The Road to Zennor also use this technique. This traditional film-making style, combined with a modern-day setting, cleverly reflects the tension between old and new in the story.

The hand-processed technique means that the usual sweeping coastal vistas that are often associated with on screen portrayals of Cornwall are not the main focus. The beauty in the film comes from carefully crafted shots and close ups, drawing your attention to everyday objects forcing the viewer to see them in a new light.

The soundtrack is a mix of carefully chosen music, complex soundscapes and at times silence that gives space for the viewer to absorb Jenkin’s arresting visuals. There was an audible intake of breath in the cinema during one silent point of the film, whilst at other times the beating soundscape built oppressive tension until it was released as a scene climaxed. 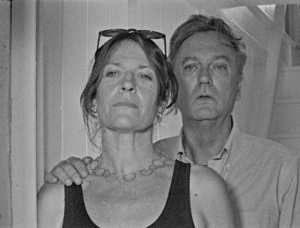 In the Q&A after the film screening, Director Mark Jenkin talked about the positive response to ‘Bait’ at film festivals across the world, the influence of Nick Darke on his writing, the choice of music used in the film and the wealth of talent in Cornwall.

Bait will be released in UK cinemas from 30th August 2019. Find out where it’s being screened near you on the BFI website here. 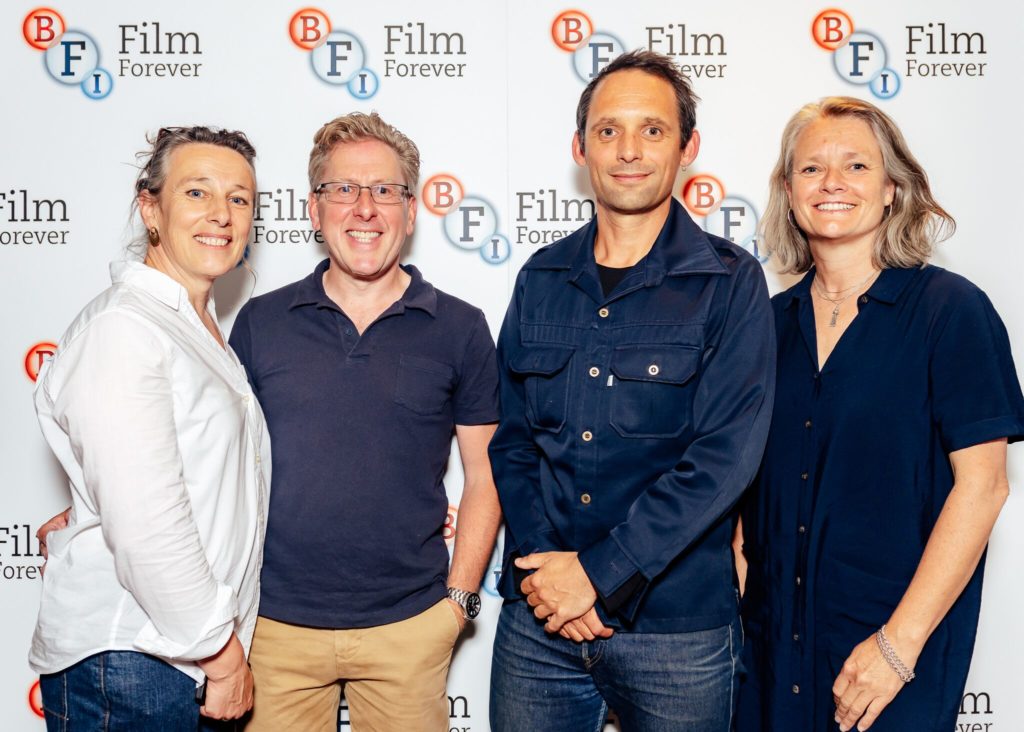 Images courtesy of the BFI.

Cast and Credits
(in order of appearance)