at The Alternative Escape, Brighton

The showcased artists, Rue, FARE, Milo Gore and L I P S, present a genre-defying sound that echoes the culture and buzz of the new music that is currently flourishing in Cornwall. Known for rowdy live music performances in phenomenal settings, Cornwall is producing a dynamic new wave of musical talent.

“It’s an opportunity to see four supremely talented artists for free and for them to demonstrate the quality of work being created here.” Says Rose Goodship from Cultivator.

“It’s time to raise the profile of Cornish music and to highlight this roaring underground music scene that is really yet to be discovered. Music is a huge part of Cornish culture, and what’s emerging is a really eclectic mash-up of genres. You can hear that it’s the produce of people working in big creative clusters, drawing in other artistic disciplines, and being inspired and motivated by their location.”

The showcase takes place on 9th May at The Hub, 193 Kings Road Arches, Brighton and will run from 8pm to midnight. The Alternative Escape is officially part of The Great Escape and is the only section of the festival that is free to attend. 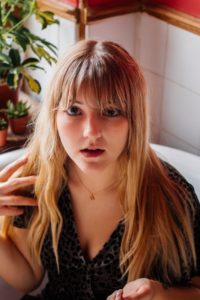 Singer songwriter Rue is all set to bring her angelic yet soulful vocals and intricate jazz guitar playing to Brighton. Armed with a batch of her own songs, prepare to be drawn in by her smooth, funky sound and melisma-filled ‘butter wouldn’t melt’ style of singing. She has supported major acts like James Arthur, Martha Reeves & The Vandellas and Newton Faulkner, but her fresh, unique style, which draws upon influences from jazz/soul, RnB and pop, stands out in its own right. 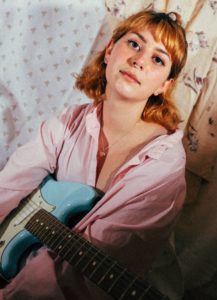 FARE is the ambient, Lo-fi solo project of Christina Smith from Falmouth, Cornwall. Inspired by musicians such as Grouper, Told Slant, Soccer Mommy and Keaton Henson, her lyrics are delicate and honest, revealing the timid approach to her music making. She is described as having an “open and effortless style” and projects a charming vulnerability when performing live, immersed in emotion through her thoughtful and reflective lyrics. 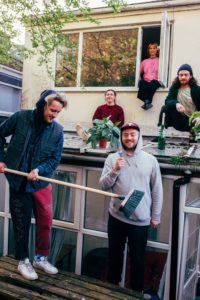 An intriguing mix of synth pop, punk and alternative rock influences, Milo Gore is a five piece collective who wonderfully harmonise smooth flowing indie-pop, with rich powerful rock riffs. After establishing the group whilst at university, the band have since generated an outstandingly dedicated following, pushing plays above 145,000 on Spotify. Their debut EPs Watch The Tide & Too Much Too Soon can be heard on all major digital platforms. Bursting with personality and raw lyricism, Milo Gore describe themselves as “rough around the edges, but forever powerful and genuine”. 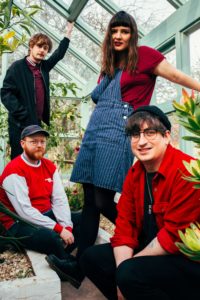 Teetering on the edge of woozy shoegaze and understated dream-pop, four-piece group L I P S balance it all out with pinpoint song writing, moving live shows and a consistently keen eye for aesthetics. Their debut single Apartment represents a progression for the band into a well-oiled and focused, reverberant machine. The instrumentation is layered meticulously, the vocals drift elegantly with 80s pop inspired melodies and the coda crushes balefully.

This showcase is supported by Cultivator and delivered in partnership with University of Plymouth. Cultivator is a project funded by the European Social Fund, the European Regional Development Fund, Arts Council England and Cornwall Council. It provides skills and business development support to Creative Industries SMEs from Cornwall and the Isles of Scilly.