R.A.M.P.S The Sound of Music

These are a few of my favourite things... 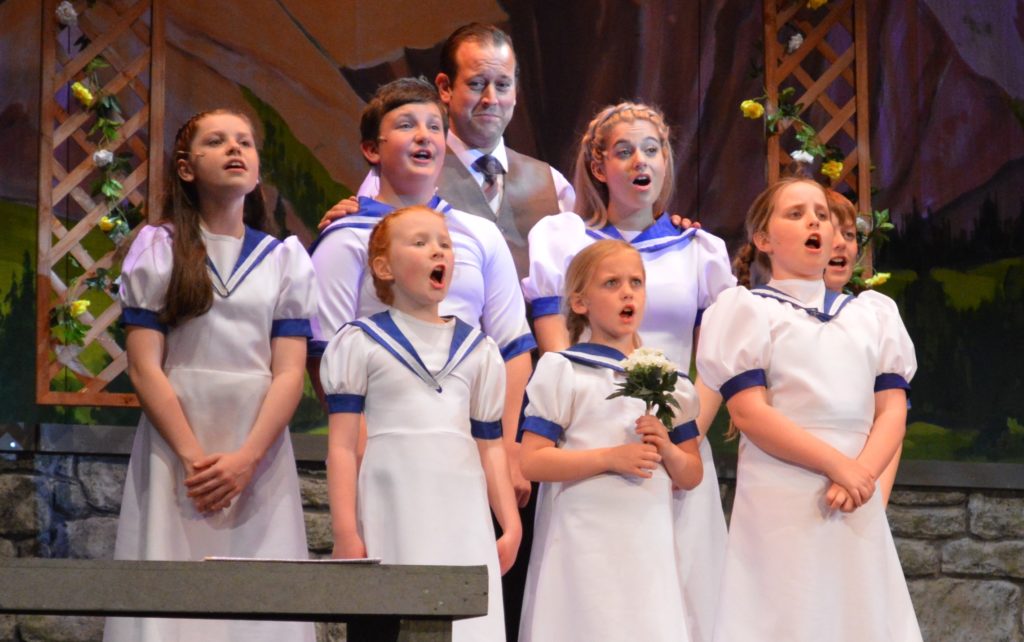 Cornwall 365 What’s On were lucky to catch a preview showing of R.A.M.P.S’ (Redruth Amateur Musical Pantomime Society) latest production, The Sound of Music. This musical classic opens tonight at The Regal Theatre in Redruth and will run from Wednesday 25th – Saturday 29th June 2019. Set in Austria before the German occupation of WWII, below a backdrop of beautiful mountains, join Maria, Captain von Trapp and his seven remarkable children for a story of love and loyalty, family and friendship. Filled with raindrops on roses and all your favourite things, join the cast for a wonderful stage revival of the classic Rodgers and Hammerstein musical. Have confidence in confidence and let’s start at the very beginning…

Everyone knows the 1965 film starring Julie Andrews and Christopher Plummer. It’s such a timeless classic that anyone trying to reach the same level of quality will be hard pushed to deliver, especially as a stage adaptation. The film relies heavily upon its locations which are a vital essence of the story. The contrast of the vast open hills with the constricting walls of the abbey is challenging to reproduce on a stage set. However, through the creative use of lighting, set and backdrops, R.A.M.P.S have been able to portray this sense of space to the audience, drawing us deeper into the story. 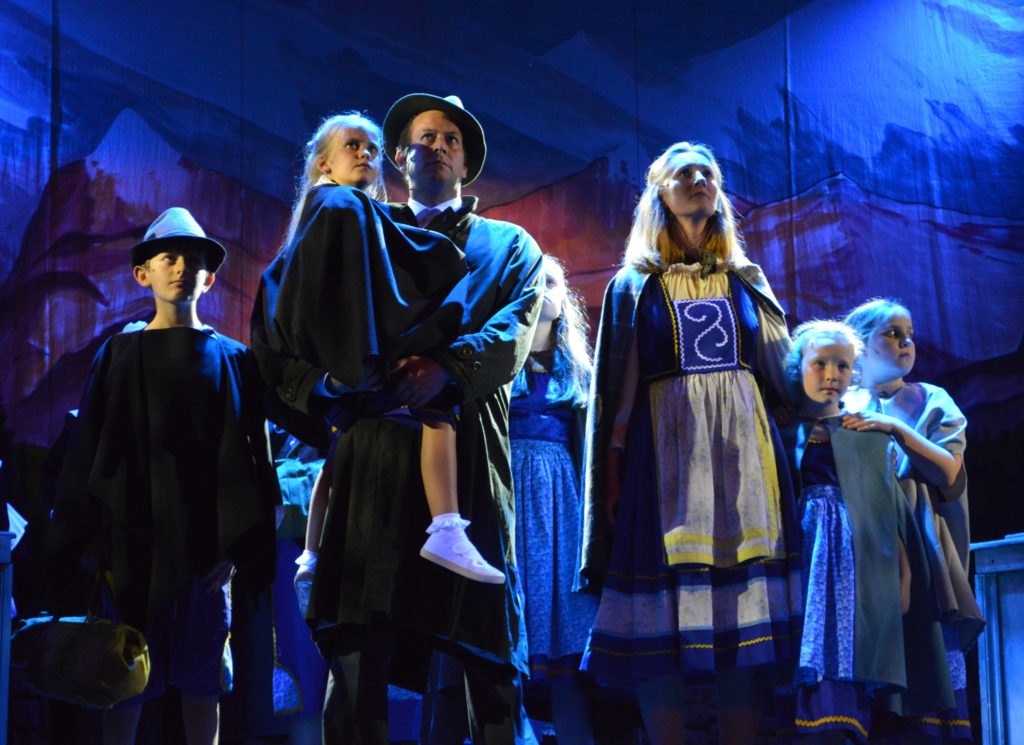 But of course this only sets the scene, audience engagement is also down to the fantastic cast who bring the story to life with their animated performances. The audience follows Maria (played by Bryony James) and her journey from becoming a nun to a governess to a wife and mother. Bryony beautifully captures Maria’s free spirit whilst conveying her inner struggle to conform to her faith whilst being true to herself. Unauthorised singing is not permitted in the abbey!

Through becoming a governess for the von Trapp children, Maria manages to get under the skin of the serious and domineering Captain, played by Ian Tutin. Still plagued by the loss of his wife, Captain von Trapp runs his household like a ship, acting as a chief in command, while the children mourn for their absent father. With guitar in hand, Maria brings joy and music back into their lives.

R.A.M.P.S production features two sets of von Trapp children, who are definitely the stars of the show! Liesl, Friedrich, Louisa, Kurt, Brigitta, Marta and Gretl don’t play any tricks on Maria in this version – no frogs in pockets or pinecones on chairs, but they do offer a blunt welcome, unafraid to state that Maria’s attire is awful and that they “don’t need a governess.” Before long they warm to Maria and are overjoyed singing and dancing along to Do-Re-Me and “High on a hill was a lonely goatherd…” which is a delight to watch. 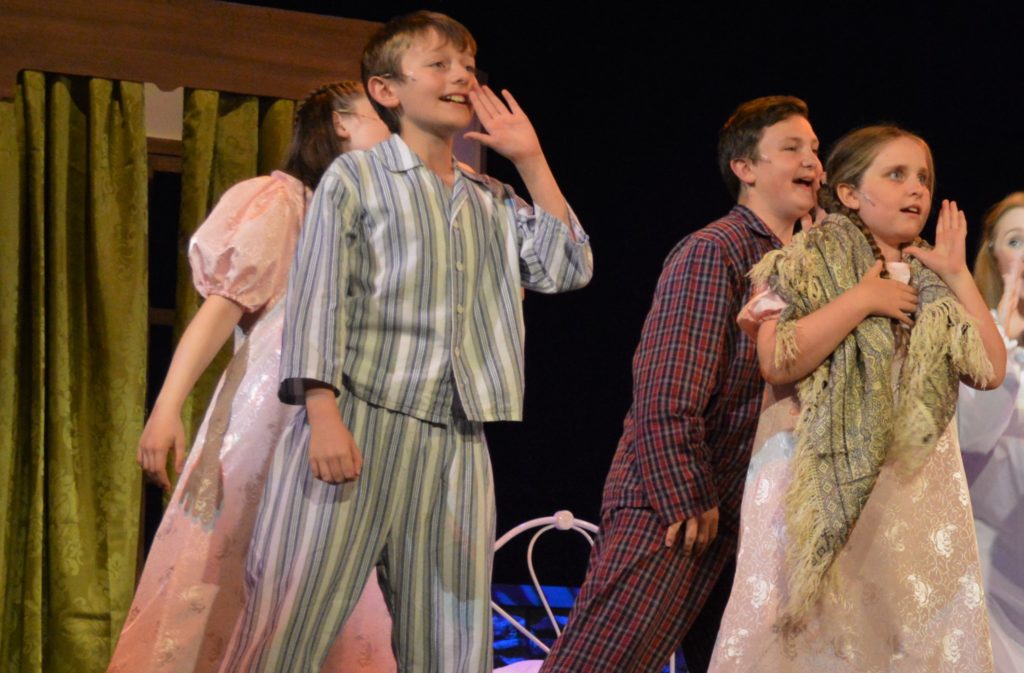 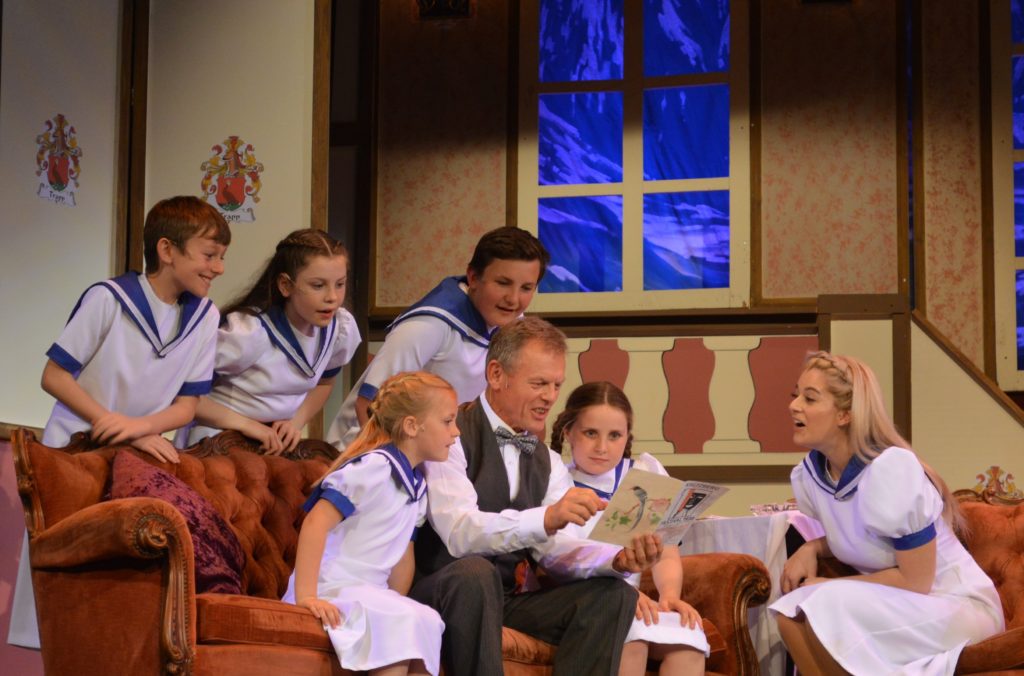 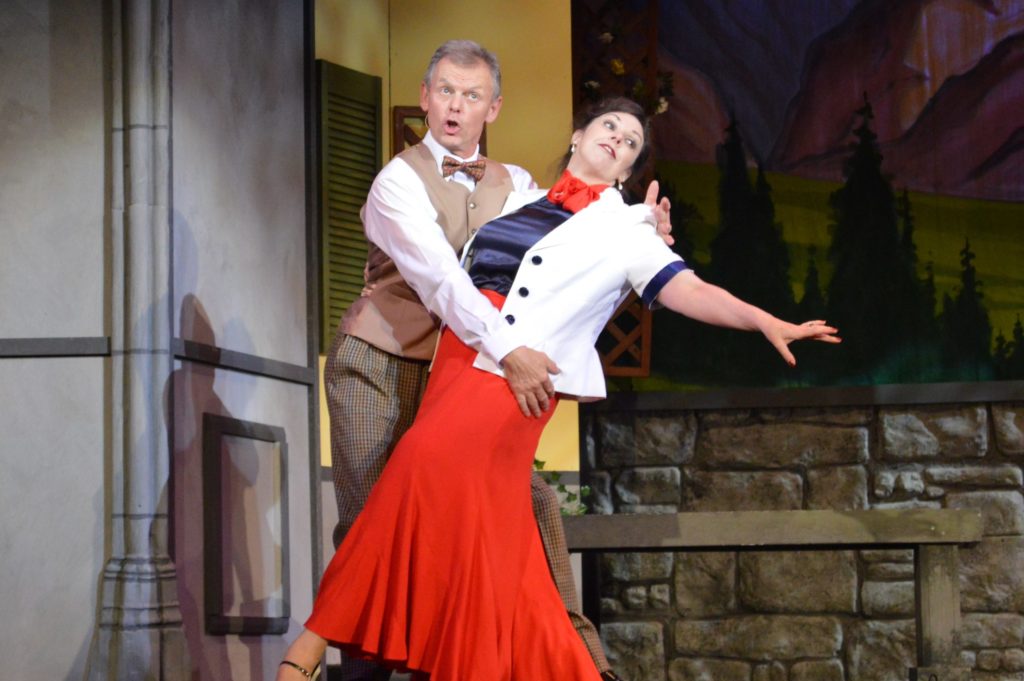 You can find out more about the cast and their experiences in theatre in the R.A.M.P.S programme.

Although the stage show shares many similarities with the 1965 film, it is also a very different adaptation. Because the film is so beloved, it is nice to have this separation to appreciate both as individual experiences. For example, the theatre version features a handful of new songs including ‘How Can Love Survive’ and ‘No Way to Stop It’ sung by Baroness Schraeder and Uncle Max.

As an audience member it is very hard to resist singing along with the cast – we all know the words! So if you loved the film and love the music, gather your friends and family and relive the story right on your Cornish doorstep. Or if you’ve never heard of it, come and experience a classic musical and support your local amateur dramatic society. The Sound of Music will be at The Regal, Redruth from Wednesday 26th – Saturday 29th June – don’t miss out!

To find out more about the cast and the real von Trapp family, make sure to pick up a programme on the door!

RAMPS are probably best known for their Pantomimes which have delighted audiences both in Redruth and Penzance for nearly 20 years! This success is largely down to their professional but friendly and fun loving attitude to theatre. The company have an open door policy and everyone is welcome to get involved whether it be on or off stage.

This is a paid for feature in partnership with RAMPS