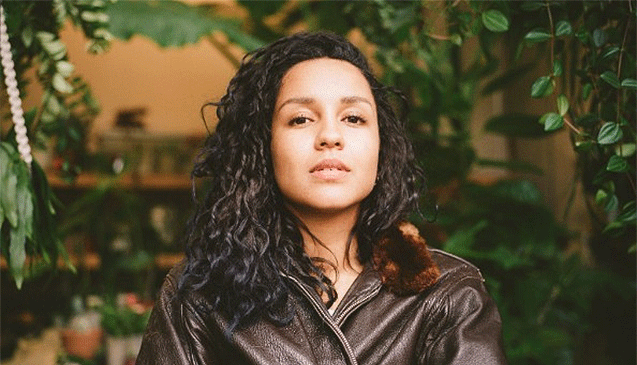 Shaddad's ethereal-grunge songs are the product of an incredibly diverse and borderless upbringing.

Eliza Shaddad’s confessional ethereal-grunge songs are the product of an incredibly diverse and borderless upbringing. Raised across seven countries, she is a Sudanese/Scottish multi-linguist with degrees in Philosophy and Jazz.

Eliza self-produced her first EP, recorded with Clean Bandit’s Jack Patterson. Championed by tastemakers such as Apple Music’s Zane Lowe, BBC1’s Huw Stephens & BBC6s Lauren Laverne & Guy Garvey, and supported by the likes of The Times, Wonderland, i-D Magazine, FADER, The Independent, MOJO & Rolling Stone, she was named a Rising Star of 2019 by the BBC. She has a reputation for powerful live shows and has toured the UK, Europe, and the USA as a headliner and in support of artists such as Keane, Turin Brakes, Kate Tempest, Oh Wonder, and Lucy Rose.
Eliza returns with her dazzling second album ‘The Woman You Want’ – recorded right here in Cornwall with her husband and producer Ben Jackson.

‘The Woman You Want’ contains all of the fizzy energy of her live performances, along with a freewheeling style to the musicianship, but also quieter moments that are fraught with emotion. It’s Shaddad’s melding of the myriad, kaleidoscopic influences that make this such a vivid listening experience. It’s a reconciliation of culture, identity, the traditional and the brand new; the culmination of a year’s work and a moving portrait of a truly unique artist.

Simon and Garfunkel Through the Years